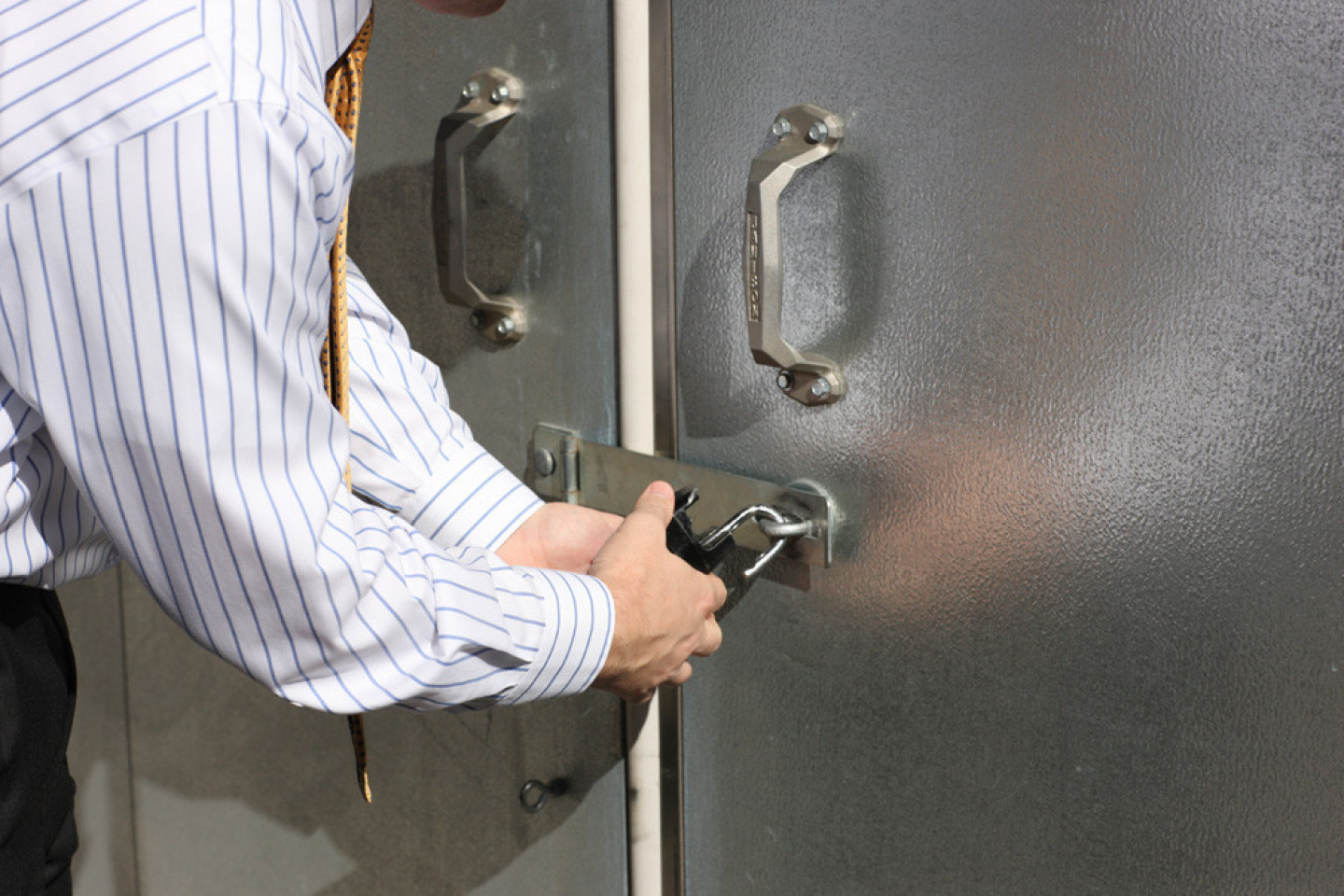 2010 was a year of record deaths for illegal migrants entering the U.S. via Arizona’s Sonoran Desert—230 in all.

It’s impossible to know how many migrants survive the days-long journey, led by high-priced guides, with temperatures soaring up to 130 degrees in the summer months. But every year since 2001 no less than 150 mummified and decomposed bodies have been discovered in remote areas of the desert, eventually taken to the Pima County Forensic Science Center which faces the herculean task of analyzing and storing their remains, archiving their possessions—and hopefully—determining their identities.

In 2011, I traveled to Pima County, where I photographed the day-to-day operations of the facility, documenting the receiving area, autopsy room, and archive of border crossers’ personal effects. I also travelled to Green Valley, AZ, photographing belongings left on the desert floor by migrants awaiting road-side pick up. 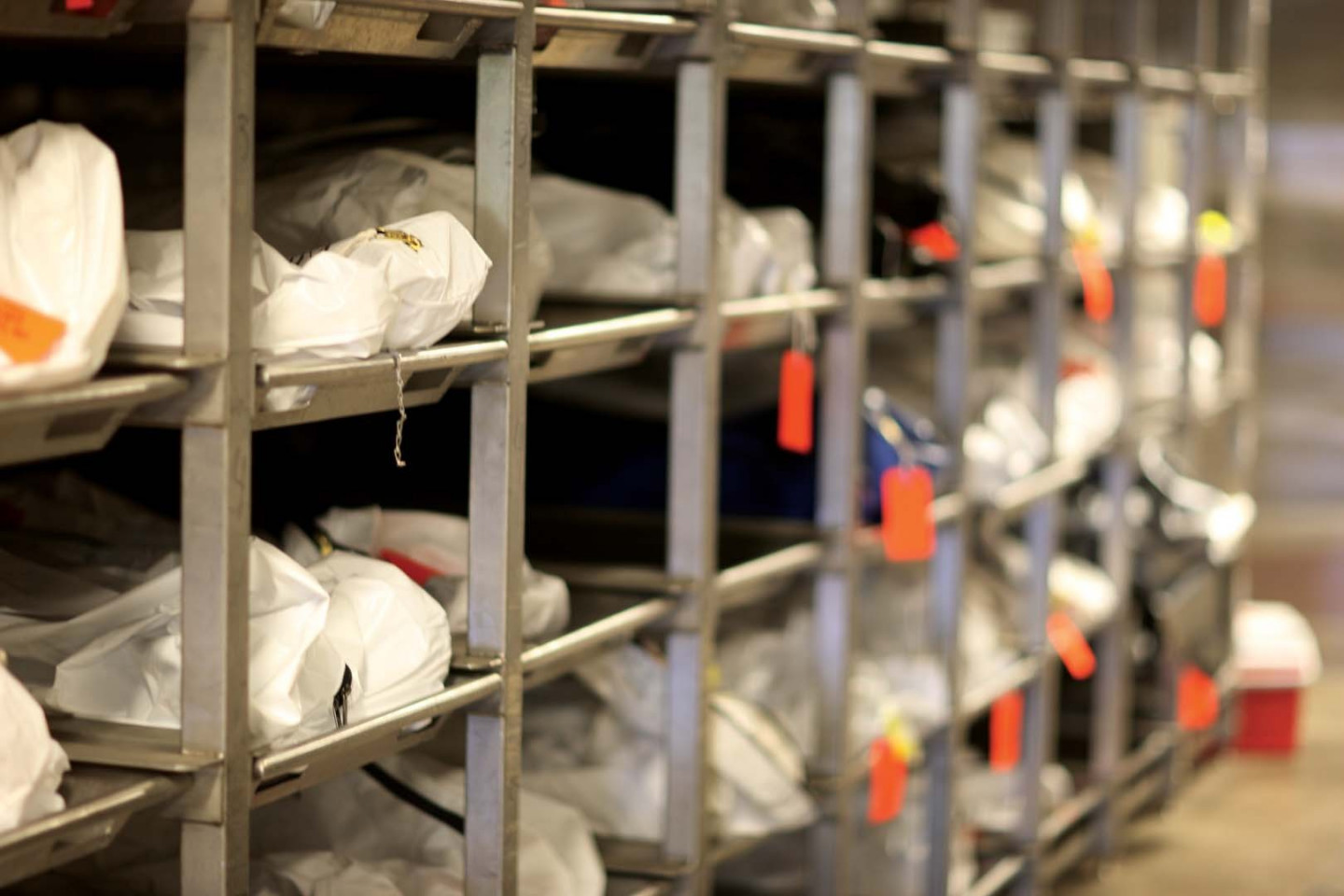 The Cooler of "John" and "Jane Doe"s 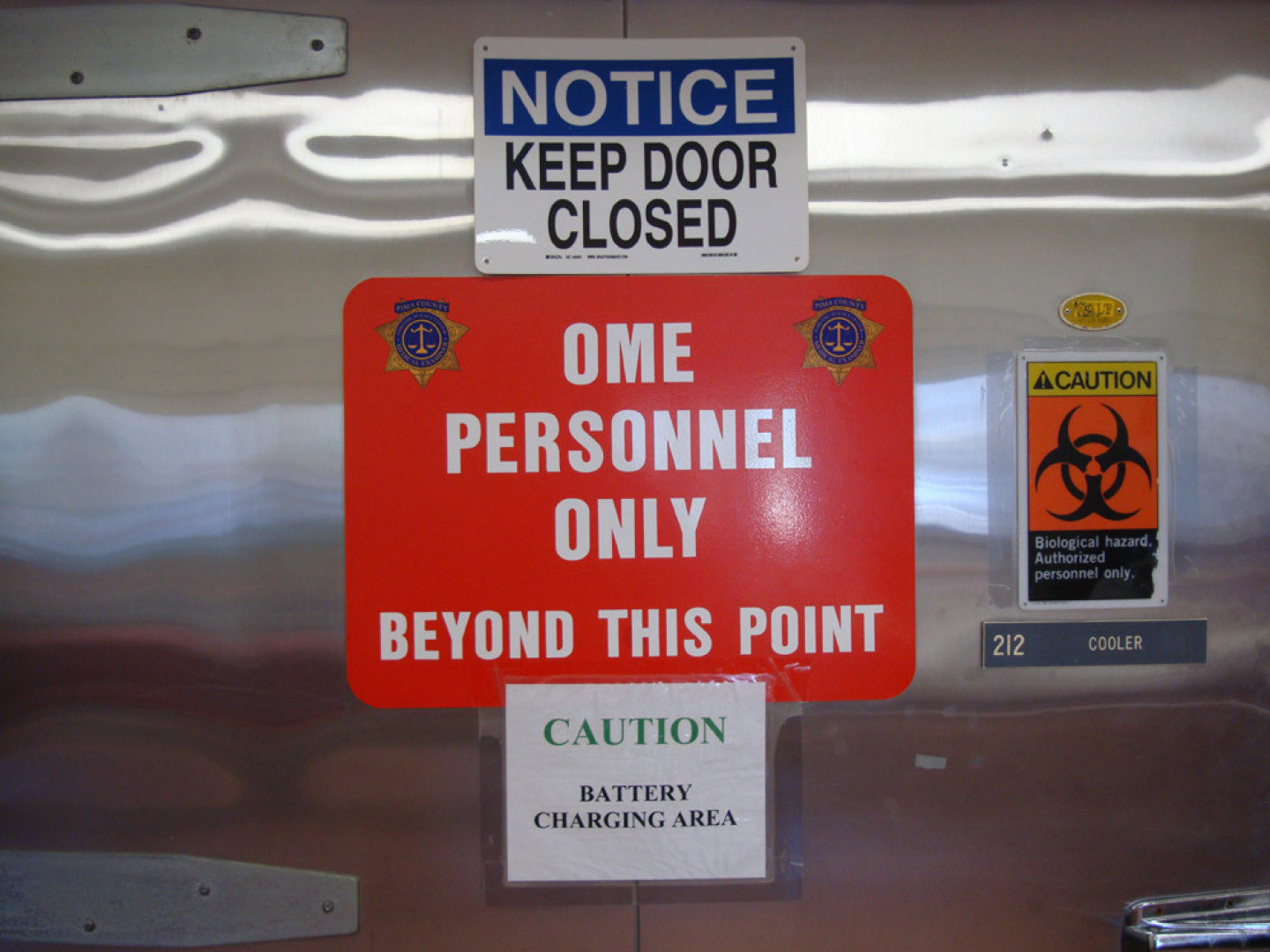 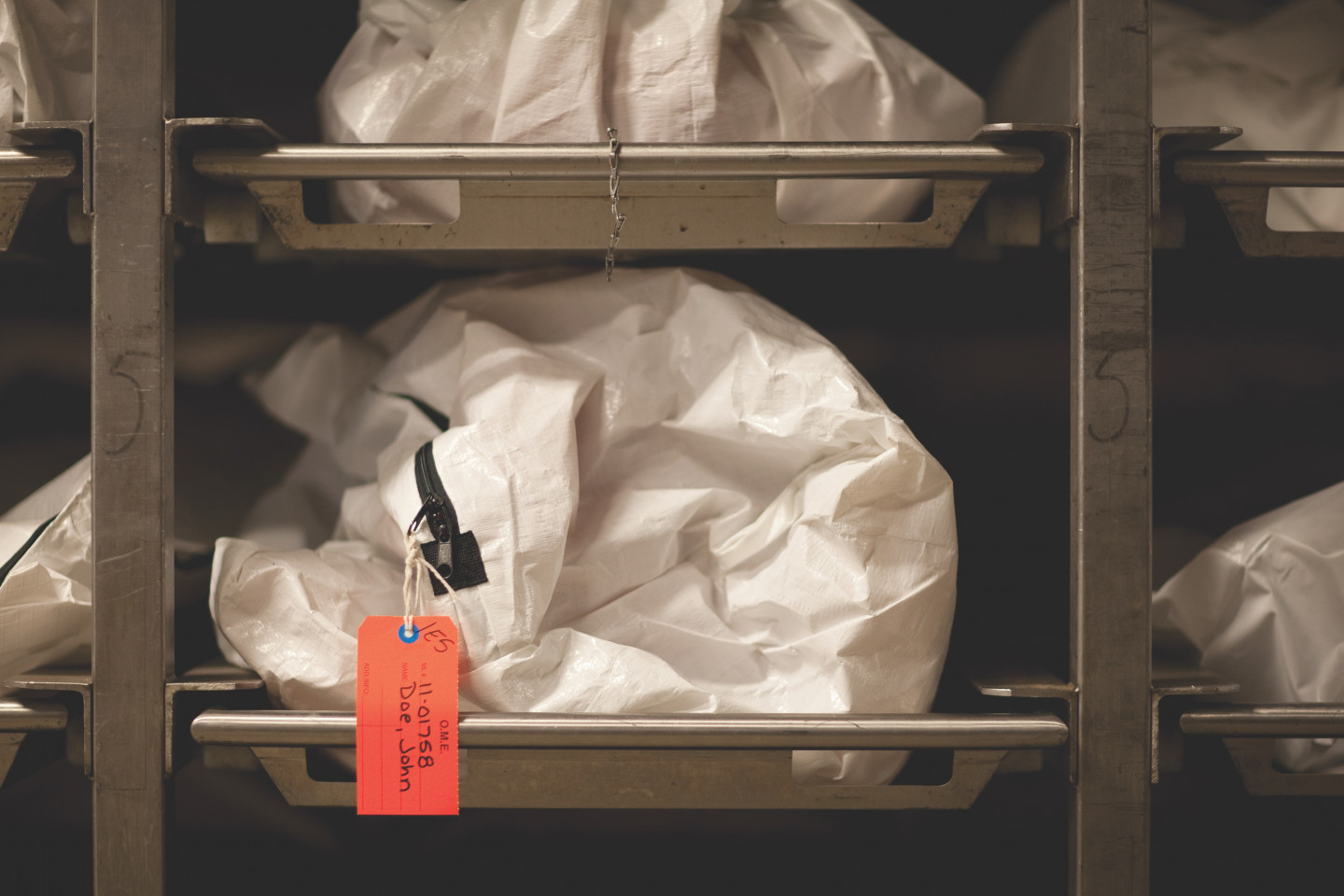 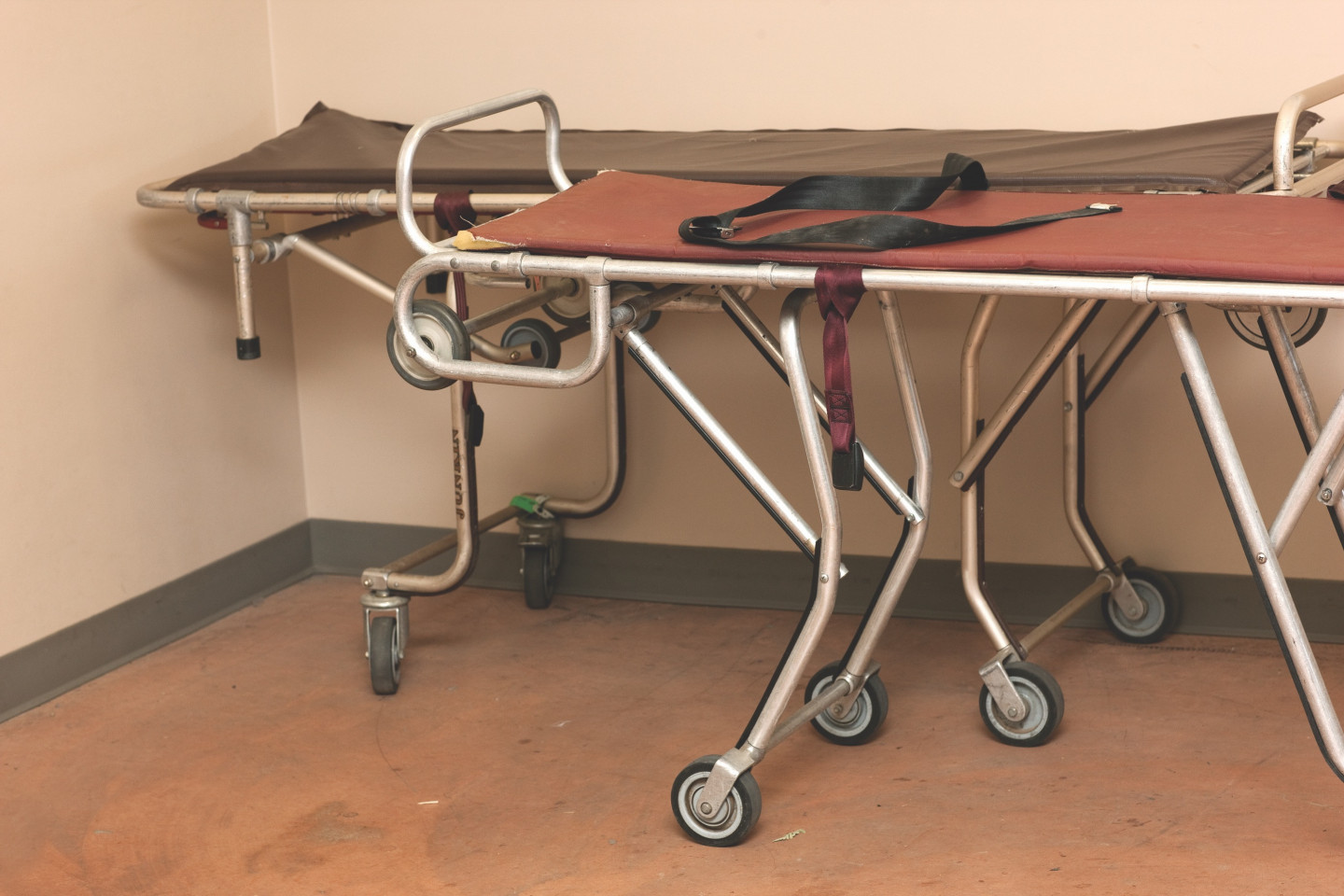 Backpack was found in roadway by US Border Patrol. Search of area led to discovery of decedent under tree. 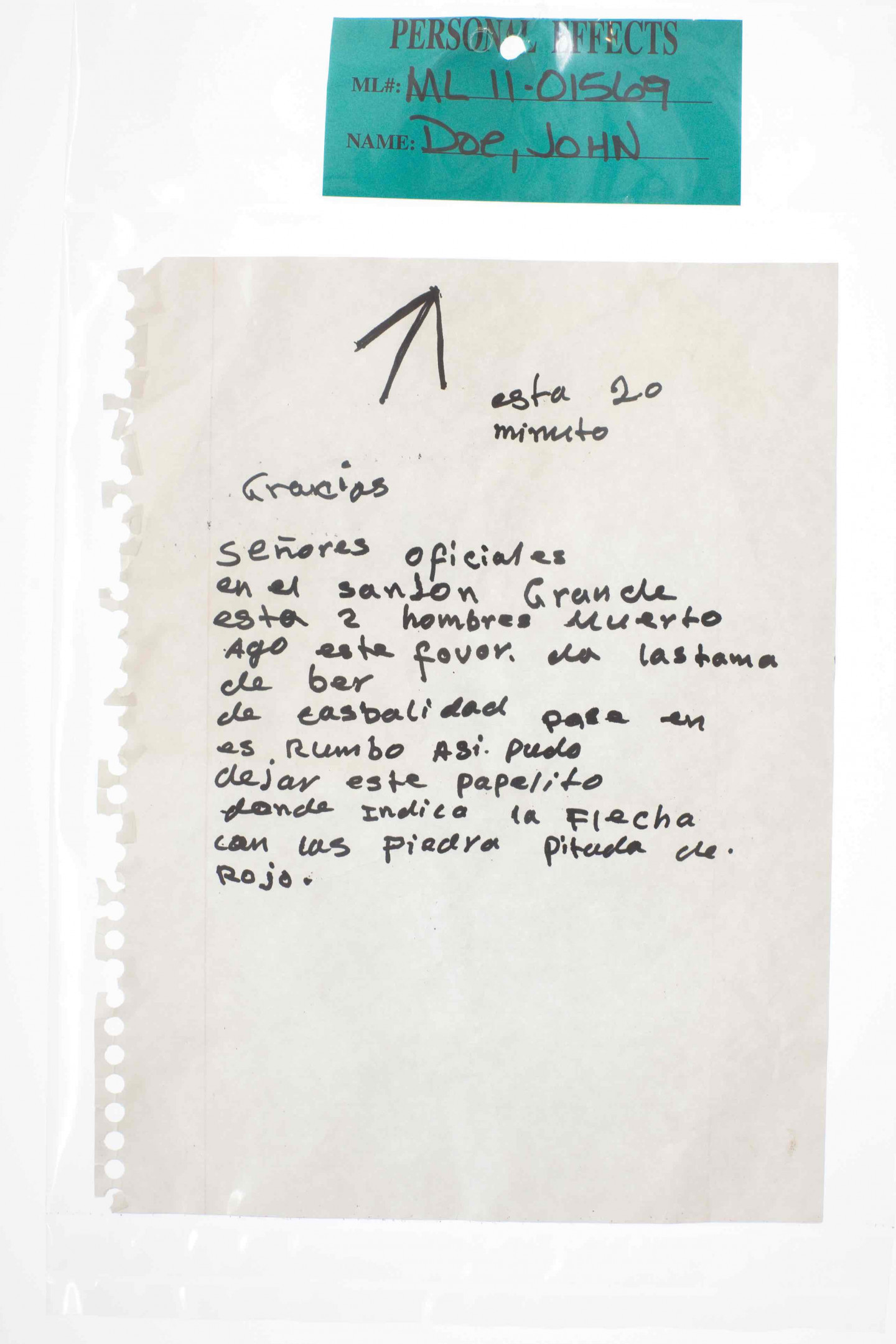 The remains were found by the Tohono O'odham Police Department in a remote desert wash area near Sil Nakya Village. 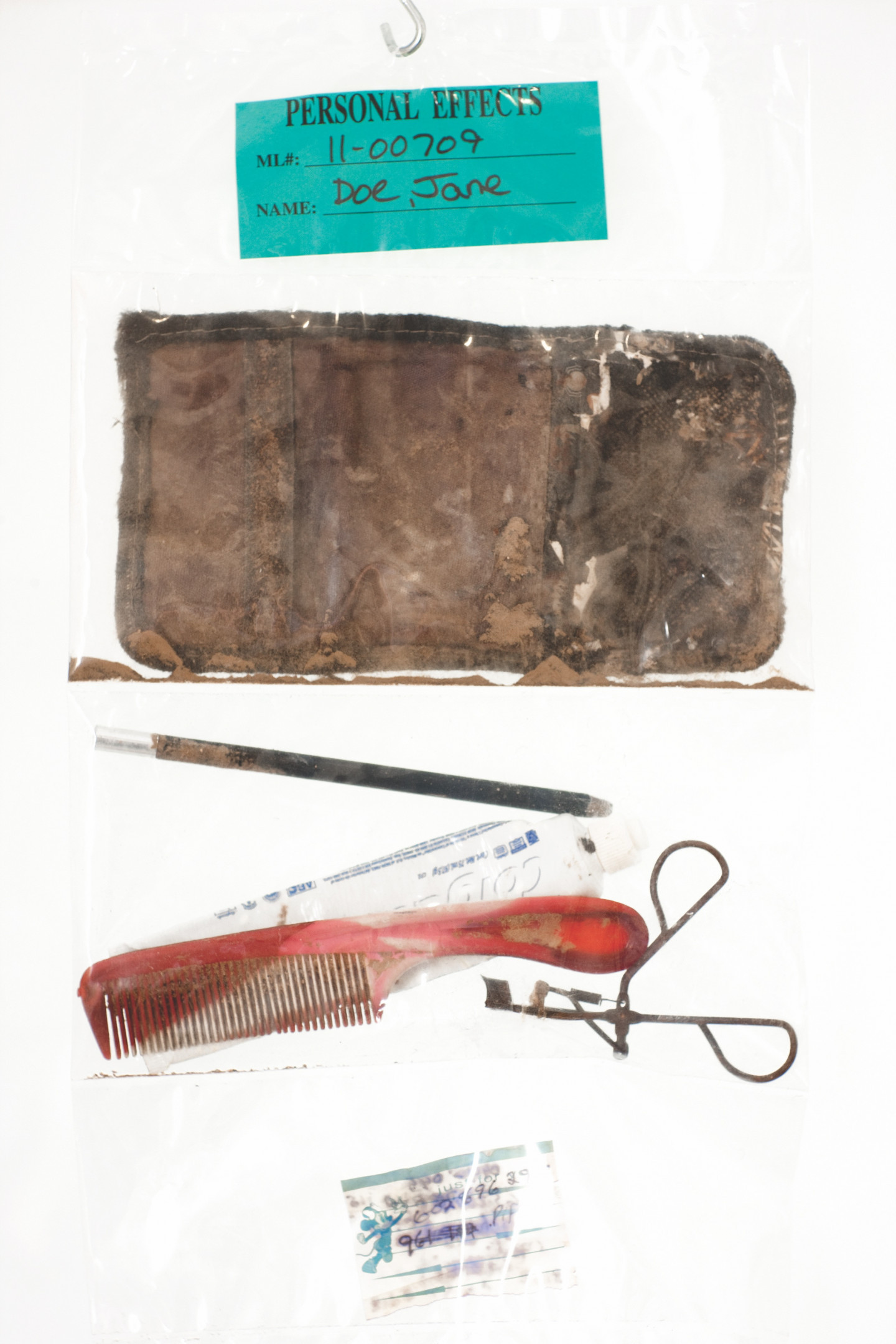 Incomplete skeletal remains found by US Border Patrol in a remote area of the desert. US Border Patrol agents located skeletal remains in a wash area in the desert. Initial laboratory assessment of partial skeleton resulted in a probable sex of female and decedent was listed as such in NamUs. However, recent DNA results indicate male. The decedent was found in the desert by the US Border Patrol of the Tohono O'odham Reservation. No identification media was found. Skeletal remains found by a rancher on his property near Patagonia, Arizona. With the remains was a black wallet with a Mexican identification card that reads ‘Juan Bosco Hernandez Gomez'. Decedent was an occupant ejected from a van during a motor vehicle accident (MVA), in which seven other deaths occurred. The other seven individuals were identified as migrants from Guatemala, Honduras, El Salvador and Mexico. The U.S. Border Patrol monitoring the wall in Nogales, AZ. Shoe found on the desert floor of Green Valley, AZ, near a 'lay-up' spot where border crossers await pick up.